Dr. Sam Khair was raised in Waynesboro, Georgia. He received his Bachelor of Science degree from Augusta College and received his medical degree from the Medical College of Georgia. After completing his residency in Family Medicine at Savannah Memorial Hospital of Georgia, he moved to Henry County where he has been practicing for over twenty years. He is board certified through the American Board of Family Practice and is a distinguished member of the Georgia Association of Family Physicians. Affiliated with Piedmont-Henry Hospital, he has served three terms as Chief of the Family Practice Department. Dr. Khair is the owner of Khair Family Practice, where he takes pride in building doctor-patient relationships that last through the life course. He lives in McDonough with Emilie, his wife of 25 years, and has two sons. 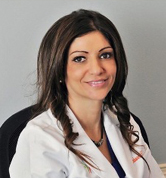 Nancy Raborn was raised in Waynesboro, Ga.  She received her Bachelor of Science degree from Georgia Southern University and her Family Nurse Practitioner Masters Degree from University of Cincinnati.  She has 17 years of experience in the medical field and earned the honor of University Hospital’s Advanced Practice Nurse of the Year Award in 2014.  Nancy led Project RED (Re-engineered Discharge) at Augusta’s University Hospital and made tremendous strides in her efforts of keeping readmissions at a minimum. Her publication “Preventing Avoidable Heart Failure Readmissions: The University Hospital Experience” was printed in the Journal of Clinical Outcomes Management October 2012 Edition.  She also did medical segments, called Healthy U, each week on the local news in Augusta, Georgia for several years.  Nancy takes pride in knowing that she and her brother are continuing their father’s legacy of delivering the best possible care to the patients of our community.  She lives in McDonough with her two sons. 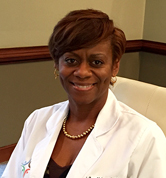 LaToya Pinkston, born in Fort Lauderdale, Florida, relocated to Georgia in 1989. She received her Master of Science Nursing degree from Brenau University in Gainesville, Georgia and her Family Nurse Practitioner certification from the American Academy of Nurse Practitioners in 2010.  As a dedicated FNP with broad clinical knowledge, she holds a track record of providing compassionate, holistic care to diverse populations. She offers 5 years of advanced practice experience in gastroenterology backed by a 10 year nursing career at Southern Regional Medical Center, which is located in Riverdale, Georgia. During her time at Southern Regional Medical Center, she acquired valuable clinical experience in the areas of medical-surgical, hemodialysis, intensive care and coronary care settings, in addition to being a valued member of professional medical committees. LaToya earned nominations for Nurse of The Year award, in 2000 and 2007 and Preceptor of The Year in 2002. Her publication “Diabetes Care for Hispanic Patients: Honoring Culture While Promoting Glycemic Control,” was printed in Advance for Nurse Practitioners in 2009. LaToya is passionately committed to delivering safe, integrative care to every patient and working closely with all members of the healthcare team to achieve the best outcome for all patients.  LaToya believes her greatest accomplishment is being a mom to her three sons.

Christen Cochran was born in Jackson, Georgia and has lived in Georgia all of her life. She graduated with both her Associates in the Science of Nursing as well as her Bachelor’s Degree in the Science of Nursing from Gordon State College in Barnesville, Georgia. She worked for eight years in the emergency room at Piedmont Henry Hospital where she learned a great deal about many critical and chronic illnesses. She received her Master of Science of Nursing degree from South University, specializing in Family Nurse Practitioner. She has been with Khair Family Practice since 2017. Christen is committed to ensuring that each patient receives the best care possible and wishes for each of her patients to reach their personal healthcare goals. She is dedicated to involving each patient in improving their healthcare and will always do so in a kind and compassionate manner. She currently lives in McDonough with her husband and son and enjoys spending time outdoors.